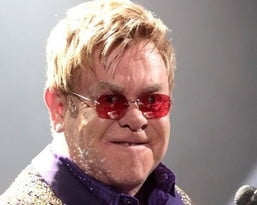 On the third of December Elton John will perform in Palau Sant Jordi in Barcelona. Are you ready for a fantastic Elton John concert before Christmas?

As you probably understand, Elton John will perform in lots of different cities in this year. If you would like to be there at his concert in Barcelona on December 3rd, then you can buy tickets for the event from Viagogo.

This is only one out of many fantastic concert that will be arranged in Barcelona this year. For more information about all these events and concerts, visit our site about concerts in Barcelona.

If you do not want to be there at the Elton John concert in Barcelona, but you would much rather discover the Christmas markets in Barcelona, or maybe just spend time discovering the attractions of Barcelona, read around in our Barcelona Guide for more information.

As this article is being written in April 2017 Elton John is touring around in the United States. Once he is finished there he will travel to the UK where he will perform in quite a lot of middle sized cities, and after that he will visit small cities all around Europe. You can buy tickets for all these concerts at the ticket site referred to above.