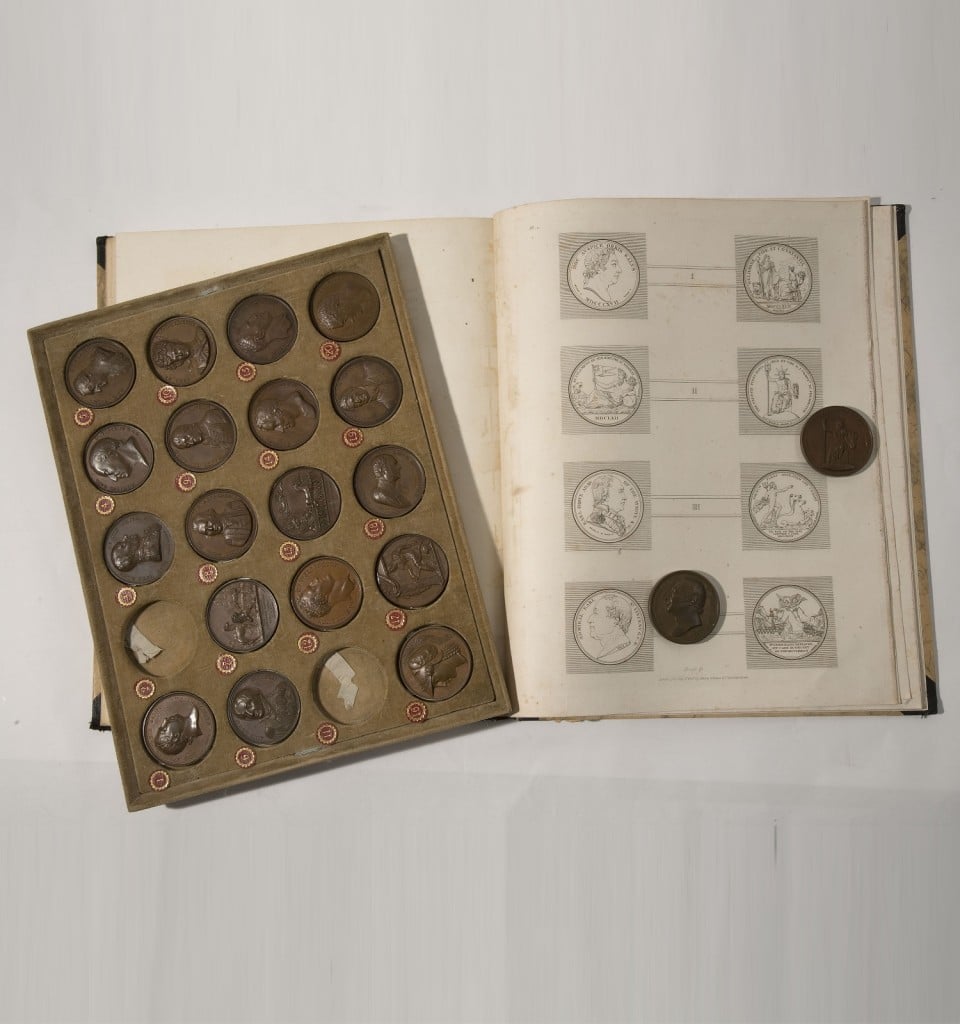 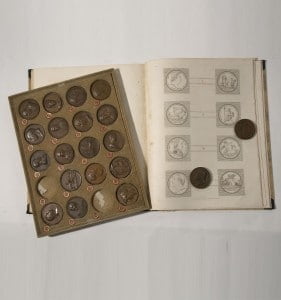 This exhibition shows the development of the medals in Europe between the 17th and 19th century. The exhibition illustrates the changes medals went through the centuries and displays a wide range of various medal works from the different kings and rulers in Europe.

At the exhibition visitors have the chance to have a closer look on these rare and unique master pieces and you can also discover more on the exhibited objects history as well. The exhibition displays several medals to the audience and some of them have never been exhibited before. First the medals were commemorated the biggest and most important events of the life of the emperor such as diplomatic success, family success, constructions of public buildings and victories at wars and so on. The exhibition shows medals from the period of Louis XIV of France, Frederic the Great of Prussia and Napoleon. The exhibition Stories in Metal. Art and Power in European Medals is shown at the Museu Nacional d’Art de Catalunya in Barcelona and it is held from 17th October in 2014 until 18th October in 2015. The entrance fee for the exhibition is for € 3.50.

If you want to know more on the exhibition and the museum check the official site. 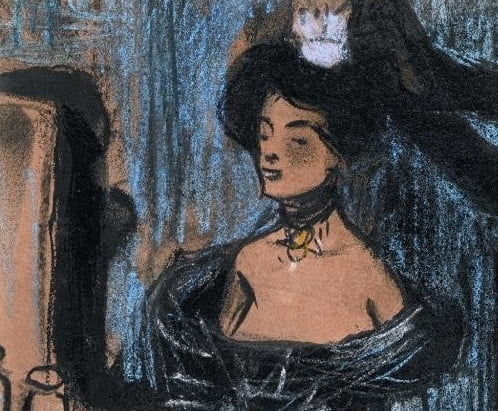 The exhibition on Carlos Casagemas is on display at the Museu Nacional d’Art de Catalunya from this year October until the beginning of next year.

Carlos Casagemas was a Spanish art student and poet who was born in 1880 in Barcelona and he died in 1901 in Paris. Casagemas is best known for his friendship with Pablo Picasso. This exhibition shows in total 38 art works of the painter including 7 oil paintings and drawings. Although Casagemas died at an early age (he was only 20 when he committed suicide in Paris) his work had a great influence both on the Catalan art and on Picasso as well. At the exhibition visitors have the chance to have a closer look on Casagemas works and learn more about the friendship between Picasso and Casagemas. The exhibition on Carlos Casagemas takes place at the Museu Nacional d’Art de Catalunya in Barcelona. The exhibition is held from 31st October 2014 to 22nd February 2015. The entrance to the exhibition is for € 4.

For more information on the museum and the exhibition check the official site. 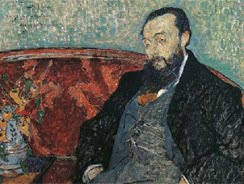 This exhibition will take place at the Museu Nacional in the beautiful Spanish city Barcelona. The exhibition displays a collection from the 19th and 20th century and covers the Dau al Set movement and other movements from this period of time.

The Dau al Set movement was the first post-World War II artistic movement which was founded in Catalonia, Barcelona in October 1948 by Joan Brossa. The movement inspired several other artistic movements in Spain such as Grup d’Elx or El Paso. The exhibition presents several objects and artistic creations from this period of time not only paintings and sculptures but a real collection of art works from different artists from this time.

Visitors will have the chance to get an insight look in the life of the 19th and 20th century through the photographies, poster designs, cinema, architecture and decorative art. During the exhibition visitors can also see the master pieces of the modernism from the greatest artists such as Antoni Gaudi or Quatre Gats. The exhibition will open its gates from 24th September until 31st December 2014 at the Museu Nacional in Barcelona.

For more information on events in Barcelona, click here.

The Museu Nacional d’Art de Cataluña entertains us their engaging exhibition called „Gods and Myths of Antiquity” until the end of September. The first part of these salons shows the ancient Greek and Pun culture’s impress in the life of the peninsula on coins and other articles for personal use.

The second part shows us the native population of the Iberian Peninsula. We have a very few knowledge about their deity, so because of that this part is a true rarity, which shows all the culture-hungry tourists, whom visiting this collection. The collection entertains a reasonable amount of coins and ceramic tools.

The third part shows the strong effect of the Roman culture which appeared until the Visigoths. The Romans picture their Gods many wise, and this streak was permanent until the Christianity spread their lands.

Barcelona, one of the most characteristic cities of Europe gives the visiting tourists a glad hand in every part of the year. The spectacular buildings, the floating happiness could easily make satisfied memories who are lucky enough to spend a couple of days in this gem of our Continent. Have a great time here!

“The Conversion of Saint Pau: Attribution and restoration” is the name of an exhibition available for almost two more weeks in the National Art Museum of Catalonia. This painting is not to be mixed with the painting named The Conversion of Saint Paul made by Caravaggio, as this painting is one of few painting that has remained made by the painter Juan Bautista Maíno. He was a Spanish painter, but he was also under the influence of Caravaggio. This exhibition where you can see the painting and get to know more about it as you admire it will be on a special exhibition until September 30th. You can get to see it with a general ticket to the museum.

The Conversion of Saint Pau: Attribution and restoration

Tomorrow a new exhibition will open in the National Art Museum of Catalonia in Barcelona. The name of the exhibition is “Catalonia 1400. The International Gothic Style” and it will feature art created in the area of Catalunya between 1400 and year 1600. In this period some of the most splendid Catalunian artists of all times lived, such as Lluís Borrassà, Rafael Destorrents, Pere Joan and Bernat Martorell.

The exhibition is organised in three sections, the first of which examines Greek and Oriental cults. The second part of the exhibition is devoted to the religious beliefs of the indigenous populations of the Iberian Peninsula. The third section looks at the presence of Roman gods and cults in Hispania up to the arrival of the Visigoths.

If this sounds interesting, check out this exhibition in the most beautiful museum in Barcelona.