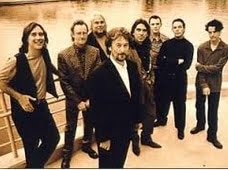 Good news for all the Supertramp fans because the band will be back with an European tour from the summer of 2015.

Supertramp is an English rock band which was formed in 1969 and it was originally called Daddy before they changed it to Supertramp in the beginning of 1970. The band’s line up consists Rick Davies, Bob Siebenberg, John Helliwell, Carl Verheyen, Cliff Hugo, Lee Thornburg, Jesse Siebenberg, Gabe Dixon and Cassie Miller. The most notable songs of the band are Bloody Well Right, Give a Little Bit, The Logical Song, Goodbye Stranger, Take the Long Way Home, Breakfast in America and so on.

So from August 2015 Supertramp will be back with a tour in Europe in the which the band will give some concerts throughout Europe including Barcelona as well. The Supertramp concert in Barcelona will be held on Saturday on the 7th November 2015 at the Palau Sant Jordi and the previous night the band will be on stage in Madrid on Friday on the 6th November 2015. Tickets are already available for the concerts.

For more information on the tickets and prices please check the following site: WorldTicketShop