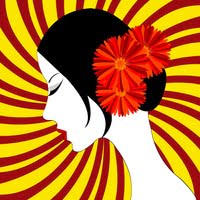 We have had quite a lot of people coming to our Barcelona Guide asking the question whether it is possible to watch Netflix in Spain or not. For a long time the answer has been kind of negative, but that has changed today!

Because, as of today Netflix has arrived to Spain and to Barcelona, meaning that you can now sign up and create a Netflix account and start watching all the beloved Netflix content, also in Spain. Because, for a long time it has been impossible to watch Netflix in Spain, or it could only be done in the same way as you now for example watch HBO Now in Spain. So, if you follow the instructions at netflix.fromabroad.org you could watch Netflix in Spain until now, but luckily you are no longer in need of such instructions, because you can now simply go ahead and start watching without using any sorts of VPNs or Smart DNS services.

It is not such a big thing for Netflix to launch in Spain, because since Netflix is available in for example Mexico all content is already made available in Spanish, meaning that both dubbing and subtitles are ready, so now you can watch House of Cards and Orange Is The New Black on Netflix in Spain, with spanish subtitles and with spanish  voices as well, if you would like that. Now you might miss those English subtitles if you are used to watching Netflix content with English subtitles, so to get those back you will need to jump to another Netflix region, but since you are in Spain you probably understand Spanish and thus you will have no problem watching Netflix content without English subtitles.

Have fun watching Netflix in Spain, available as of today!